Leslie Pate Mackinnon is a therapist who specializes in issues that impact families conceived through adoption and third-party reproduction. For three decades she’s been sharing her expertise on these topics at conferences and events across the country and around the world. Her lived experience is that of a first mother who relinquished two sons for adoption in the mid 1960’s and a quarter of a century later, gave birth and raised IVF twins. Her experiences in both, and her extensive academic training, have given Leslie a unique perspective into alternate methods of building a family. The tremendous losses inherent in adoption and 3rd party reproduction, are seldom, if ever, addressed ahead of time with families, which sets them up for irreparable damage and dysfunction.

Leslie works with families and individuals to bridge that gap. And finally, for those contemplating contact with dna relatives, advance preparation is necessary to increase the chances for a successful response and ensuing relationship. Without preparation, doors are often slammed shut, never to be opened again. There are resources available to educate oneself & increasingly more therapists versed in this unique area. Beyond working with clients, Leslie’s passion is educating therapists. She offers on-line supervision in Adoption Competency and various on-line resources to spread the word: Openness and preparation are not optional, but essential!

Her story is included in the book The Girls Who Went Away and the documentary A Girl Like Her. Leslie was interviewed by Robin Roberts on Good Morning America, featured in Dan Rather’s report; Adoption or Abduction and appeared on the Katie Couric Show along with her oldest son. She has appeared on CNN and is a consultant to those being reunited on TLC’s Long Lost Family. 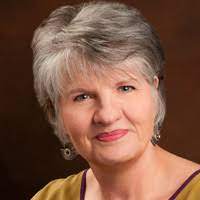