Michael's commitment to donor-conceived family members, and to individuals who discover their unexpected genetic parentage in general, is deep and very personal. He was a sperm donor in the 1970s and was “found” by one of his biological children in December 2019. He believes he is the genetic father of approximately 15 children (now adults) of whom he has met nine. He has established very close and loving relationships with some of his biological children and maintains intermittent contact with others, always deferring to the desires of his biological offspring.  None of his “biologicals” were told they were donor-conceived prior to adulthood and all but two found out via a direct-to-consumer DNA test.

Michael has an adopted (trans) daughter, an adoption necessitated by his wife’s infertility issues. In addition, Michael has a half-brother (now deceased) who was conceived as a result of an affair our mother had when she was 19 years old. He was adopted by our maternal grandparents at age three and only discovered he was born to our mother when he was 40 years old, before which he thought his mother was his sister and his grandparents were his parents — an awful and traumatic event in his life.

Michael has studied psychoanalytic psychotherapy and is an expert in school bullying and harassment. He has been retained as an expert witness in litigation on behalf of parents whose children were chronically bullied/harassed in schools and has published multiple articles on this topic in peer-reviewed journals. Michael is interested in working with adult members of donor-conceived families and more generally those who thought one or both parents were their genetic offspring.

Michael is licensed in the states of New York and New Jersey. 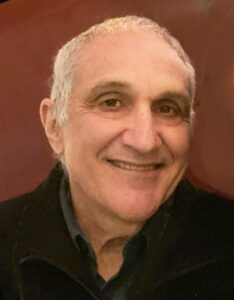